Work A Ski Season in Chile

Discover information on working a ski season in Chile and browse jobs.

Along with Argentina, Chile is home to the most prominent ski resorts of the Andes, and is arguably one of the most overlooked ski destinations on the planet. There is great skiing and boarding to be found at Chilean resorts, with the Andes towering up to 4000m in some parts. Resorts usually open for business in mid-June.

Additionally, Chile is a hugely diverse country stretching 4,300km along the South American coastline. With deserts in the north, the mountains of Patagonia in the south and Chilean food and culture to sample, working a snow season in Chile is an incredible ways to spend a Southern Hemisphere winter.

Be prepared, however, for under-developed infrastructure and way less glitz than the major North American and European resorts. For many, this adds to the charm of working in Chile and provides the opportunity to try something apart from the obvious ski season destinations. 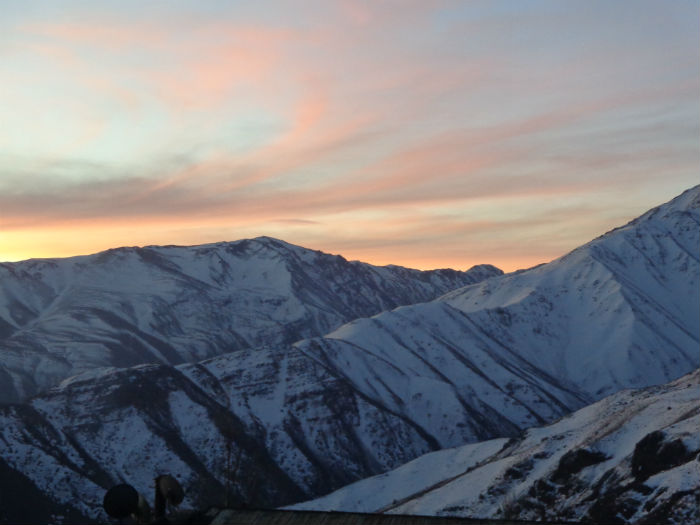 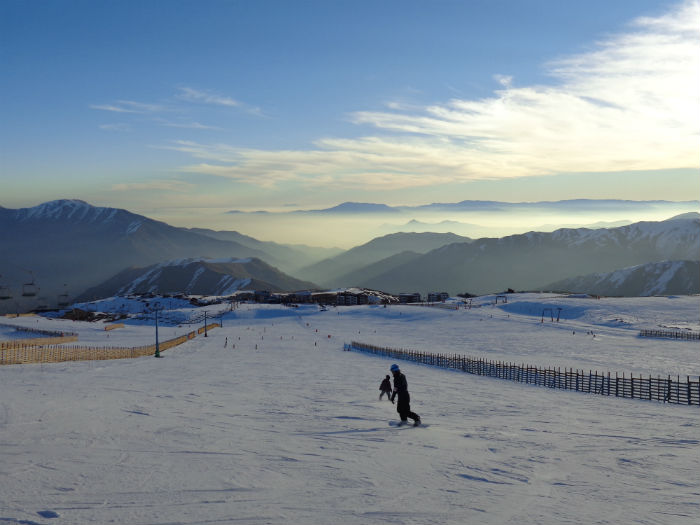 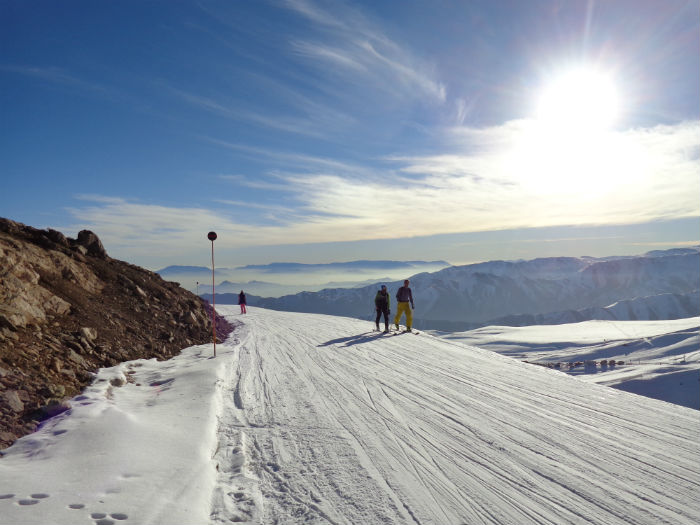 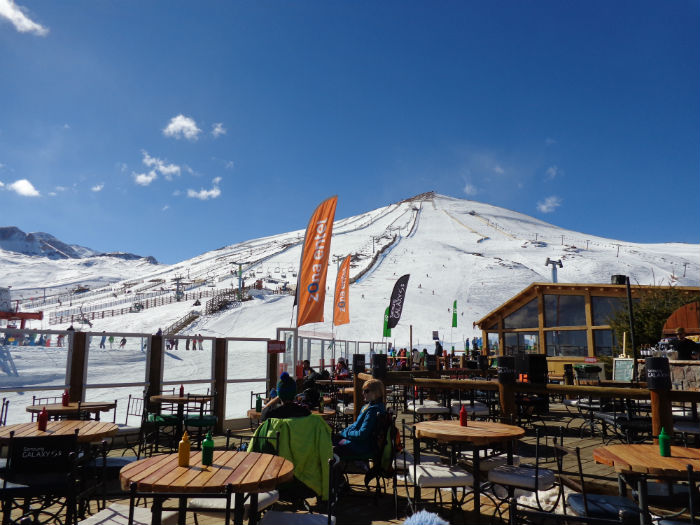 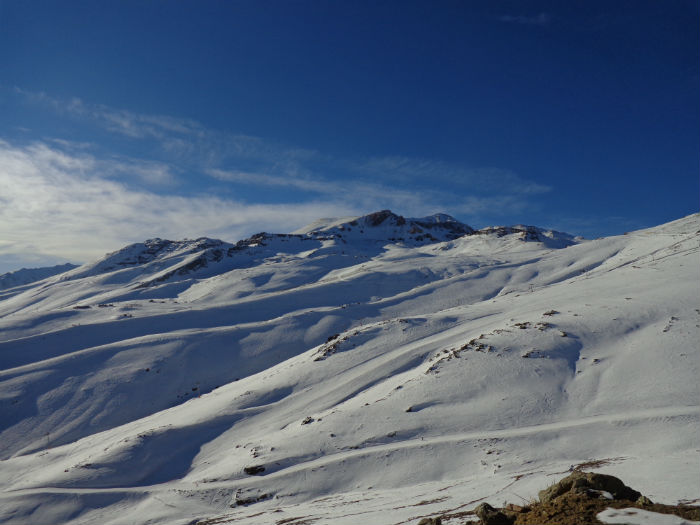 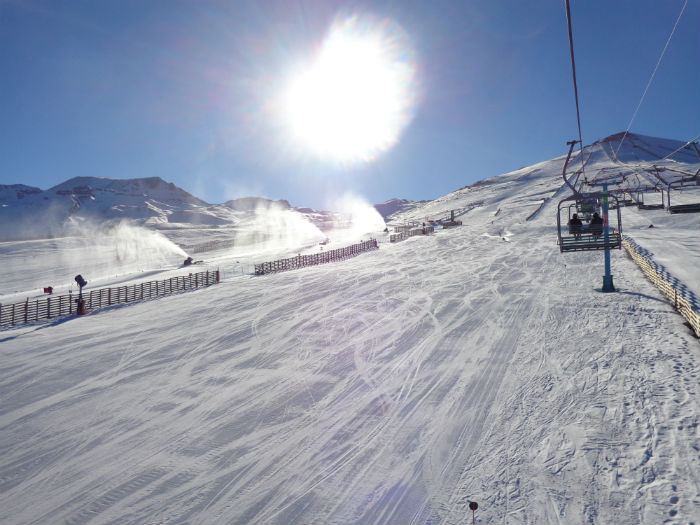 The majority of resorts in Chile are located close to capital Santiago, and several are snugly located within a short driving distance of each other, allowing for easy access to a variety of ski fields from your home base. The lift infrastructure is generally pretty poor compared to world standards, so expect a lot of rope tows. The better resorts for experts are located in the north, while the southern resorts tend to have more beginner/family terrain. The major resorts are below.

The Three Valleys of Chile are three interconnected resorts near Santiago. These include Valle Nevado, El Colorado / Farelllones and La Parva.

The largest and most developed in terms of its ski infrastructure, Valle Nevado is a truly massive resort, boasting 7,000 acres (2,830 hectares) of skiable terrain. Valle Nevado was a previous host of the Snowboard World Cup. It is located just 67km (42 miles) from the capital, Santiago.

The terrain is mostly intermediate terrain with a lot of wide-open bowls. There are a ton of treeless areas to carve and a lot of cruisers as well as beginner areas. Additionally, there are a few steeper pitches for the advanced rider, but not as many as you might think for a resort this size.

The lift system is advanced for Chilean standards, but still pretty slow compared to the slick resorts in North America and Europe. There are just 14 lifts to cover the huge 7,000 acres.

Although 80% of its days are sunny, the resort receives 7 meters of snow annually and given its high altitude and orientation the snow is retained fairly well. The resort is particularly well-placed in that it can receive large amounts of snow even when nearby resorts receive little.

America’s favourite, located close to the Argentinean border (approx. 165km / 102 miles northeast of Santiago). Portillo was the first South American ski resort to host the Ski World Championship in 1966. Warren Miller was such a fan of Portillo that he included it in his top ten ski resorts in the world. The resort is located near Aconcagua, the highest peak in South America.

Portillo is much more about steeps and chutes than other resorts in South America and as a result attracts some of the most intrepid experts in the world. The terrain is mostly treeless and offers open-bowl riding throughout.

While Portillo has just 1,235 acres of terrain, there is plenty of side and back country at Portillo which has made the resort famous in South America. The steeps are enough to keep you going for several seasons. With the lack of lodging, services and pretty much anything apart from its famous yellow hotel at the base, you can see why some of the best riders consider Portillo one of the world’s best kept secrets. Nonetheless, there is a lot of English spoken and the resort will look for foreigners each season in ski school and in other operations.

Some of the advanced areas at the resort are very avalanche prone, so be sure to carry equipment. Some areas even have unique ‘va et vient’ lifts just for these areas, which are like 4 person poma lifts. Snowfall is around 7 meters but the snow varies and can be great some days and very slushy on others.

Formerly known as Termas de Chillan, it has varied terrain among beautiful natural scenery stretching across two (active!) volcanos. It is home to South America’s longest run, Las Tres Marias, which is 13km long. There are just a couple of hotels at the base and 11 lifts. It is located near Chillán, which is around 400km south of Santiago.

The resort has a vertical over 1km and is consequently popular for race training. Volcanic eruptions have resulted in some pretty interesting terrain at Nevados de Chillán, such as gullies and bowls. There is a little more snow here than at other resorts with 10 meters (400 inches) annually. The resort is also known for its hot springs with average temperatures of 60c (140f).

The resort attracts less foreigners than Portillo and Valle de Nevado, so it can be a little more difficult to find work here as a foreigner.

Other smaller, less commercial resorts in the north include Lagunillas and Chapa Verde. Other southern resorts include Antuco, Corralco (on Lonquimay Volcano), Llaima, and El Fraile. Antillance is next to Bariloche in Argentina. At the very southern end is the Cerro Mirador Resort.

The major resorts receive around 7 metres of snow annually, while the smaller resorts receive less. The snow is not as powdery as in the good North American, European or Japanese resorts and it rains sometimes meaning the snow can be slushy or icy.

Getting a Job at a Ski Resort in Chile

The Chileans and their South American neighbours make up the majority of the major resorts’ workforce, so it can be tough to break in as an international applicant.

What’s more, pay rates on offer are modest at best when compared with resort wages in areas of North America, Europe and Australia, and many resorts require international applicants to be fully bilingual, i.e. fluent in both Spanish and English.

For the above reasons, it can be more practical to simply save up a bit of money then head to Chile on a holiday-only basis, taking advantage of daily riding at a low cost. Season passes are generally not that expensive and it is pretty cheap to live modestly in Chile.

If you do wish to pursue employment with one of the ski resorts, it’s best to visit their individual websites – applications and CVs are generally accepted via an online form found in the standard ‘work with us’ or ‘careers’ sections of resorts’ websites.

As a snow sports instructor in Chile, you must be certified (Level 3 or above is most desirable), fluent in English and Spanish, and experienced. Gaining employment at South American ski resorts can be political – that is, if your ‘home’ ski school is usually willing to hire South American instructors, you’re more likely to land a job in a South American resort.

As an international applicant, your best bet is to approach the ski schools directly at the start of the season, rather than attempting to pre-arrange employment via telephone or email. If you manage to gain a role at a resort’s ski school, you can expect to enjoy a healthy balance of work and free time, receiving between two and six hours’ work per day in peak periods, though you may struggle to find hours during quieter parts of the season.

Alternate options to working with the resort

As an alternative to seeking work with the ski resorts, many choose to find employment as teachers of English in one of the local towns (try teachingchile.com/ or www.ciee.org/teach/chile/).

As a teacher, you’ll be able to ride on your days off and take advantage of the opportunity to improve your Spanish in a rewarding environment. It’s also possible to pursue work with various companies that conduct tours into Chile, though for various reasons many will only employ EU passport holders.

All visitors to Chile require a visa, and it is a legal requirement for all working visas to be sponsored by a company. It is important to note that if a company tells you that you don’t need a work visa, they are breaking the law. This is reportedly often an issue with language schools. If caught without an appropriate working visa, you could face deportation.

Other nationalities will need to be sponsored by their employer. Depending on your country of origin, many visa applications will require an accompanying police/investigative bureau background check, which can take a significant amount of time to arrange, so be prepared and start the background check process as early as possible.

Further information on visa categories and immigration requirements can be found on Chile’s Interior Ministry website (available in English at www.interior.gob.cl/

On-mountain accommodation is basically not viable for ski resort employees in Chile, due to low wages and high costs. Your best option would be to arrange lodgings in the nearest city or village – thankfully, most of the main resorts are located close by to a town centre with affordable accommodation options and transport to and from the mountain.

Cheap shuttle services, in the form of buses or passenger vans, operate between Santiago and El Colorado, Valle Nevado and La Parva resorts (usually about $15.00USD for a round trip), while the villages of Los Lleunques and Las Trancas sit close to Termas de Chillán.

Portillo is also accessible via shuttle from Santiago, though the trip is long and pricy. Season-long accommodations vary from hotels and hostels to apartments and regular share accommodation – if you’re lucky, you’ll pay as low as $10 per night. As with finding work at the resorts, it’s best to look for accommodation in person upon your arrival in Chile, rather than attempting to find and lock down appropriate lodgings while still abroad.

Work a full season as a snowsports instructor in a top Canadian ski resort. Includes training, season pass and more.