Work a Ski Season at Whitewater

Discover information on working a ski season at Whitewater and browse winter jobs.

Whitewater is 20kms outside the city of Nelson (pop. 10,200) in the heart of the Selkirk Mountains. It lies in the Kootenay Rockies region of British Columbia and is approximately 600kms from both Vancouver and Calgary.

The town of Nelson has a bit of a ‘counter culture’ reputation and unites people whose families have had their roots here for generations as well as people who moved here last week. The major unifying factor amongst everyone who lives and works in Nelson is a conscious choice to step out of the fray.

Working a season here entails entering into a small, tight knit community who help each other out and love nothing more than hitting the slopes on a powder day. Bring an open mind and love for the outdoors – this small town has the ability to enchant.

Being remote, it is not particularly easy to get to Nelson. If flying, you can fly into the regional airport in Castlegar (40kms away) via Vancouver or Calgary or you can fly into Cranbrook and drive the 230kms to Nelson. From Castlegar to Nelson, it is possible to take the Greyhound Bus. www.greyhound.ca

If arriving from the US you can fly into Spokane Washington and drive the 240kms to Nelson. If arriving internationally, the best bet is to fly to either of Vancouver or Calgary and then catch the Greyhound Bus. The trip is around 12 hours from each of these cities.

Invest in a good set of winter tires if you are driving to Nelson, even if just driving around town. Nelson starts at the shores of Kootenay Lake and goes fairly quickly (and steeply) up the mountain from there so don’t expect to be cruising around on anything but proper winter tyres.

For staff, Whitewater runs a daily shuttle ($2.5 each way) from various stops within Nelson to the mountain. There is also a daily public shuttle ($7.5 each way). 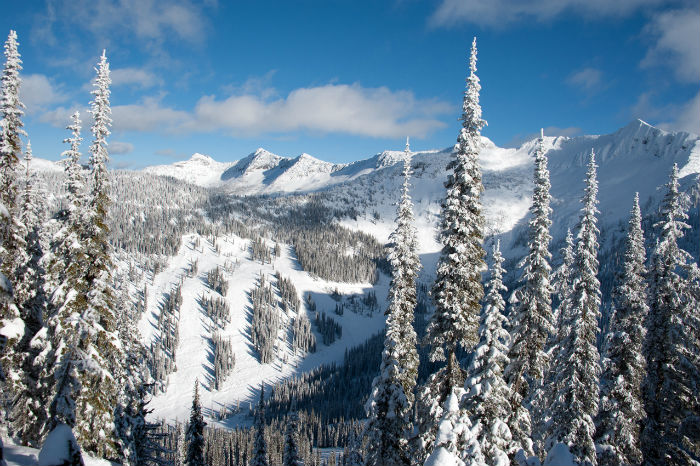 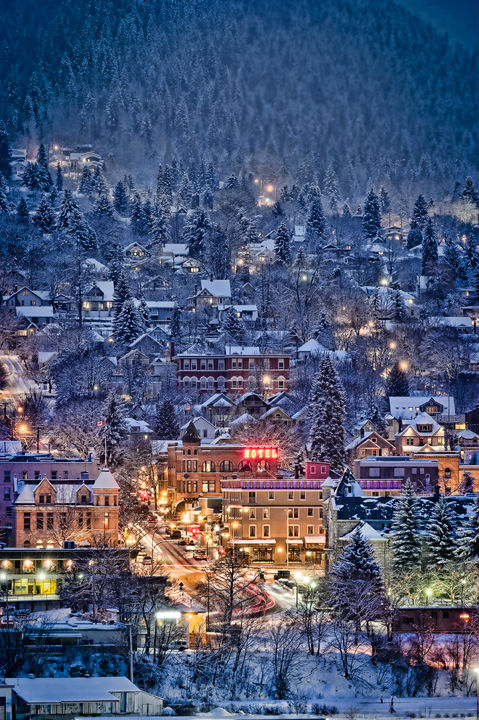 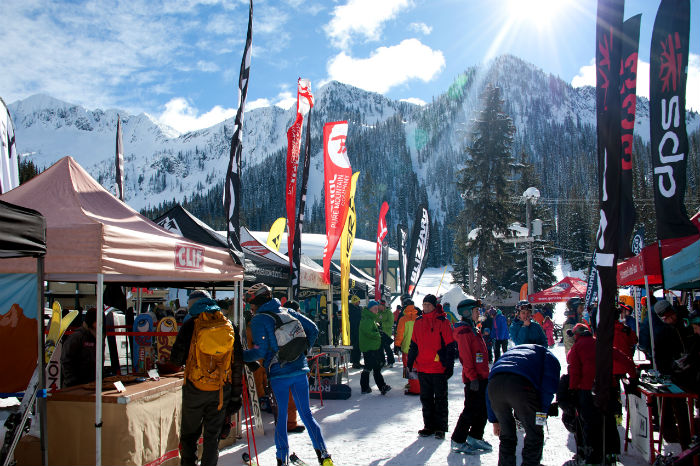 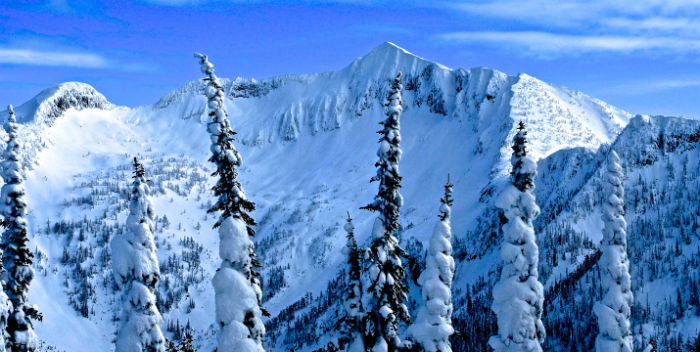 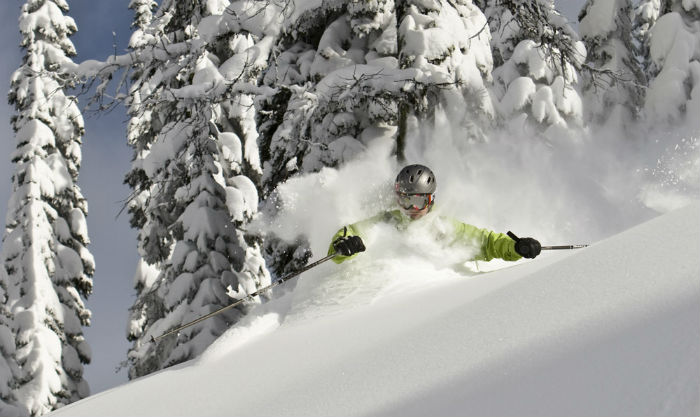 People in Nelson refer to “Kootenay Time”, and it’s true – people here move at a slower more relaxed pace with an emphasis on work/life balance. It is not uncommon to see businesses close on a powder day. People want to see each other succeed and as such there is a noticeable lack of big corporate stores and restaurant chains in Nelson.

Nelson has its own coffee roaster Oso Negro, and organic brewing company, Nelson Brewing Company. There is an abundance of local businesses, artists and entrepreneurs. For these very reasons, Nelson (along with nearby town Rossland) has previously been voted the #1 ski town in North America by ski magazines.

Staff at Whitewater are primarily locals, but Whitewater is starting to see more people coming in from Australia, New Zealand, the United Kingdom, and Germany.The unifying factor among staff are those looking for a sense authenticity, an escape from the mega resorts and a ton of powder.

Interestingly, the Kootenays were an original settlement of the Doukhobors – a Christian religious group of Russian origins. In the late 19th century, they led an exodus from Russia to Canada as a result of persecution from the government and their pacifist beliefs. Their descendants continue to live in the region today.

How is the Terrain at Whitewater?

There are no high speed lifts, large crowds, big villages; there isn’t even accommodation on the mountain. Whitewater is serviced by one rustic cozy day lodge in the main base area which houses all skier services (including the delicious home made items at the Fresh Tracks Café with its 4 phenomenal cookbooks). A food truck, washrooms and a first aid building service the Glory Ridge base area. Whitewater owes its well-deserved laid back reputation to short lift lines, reasonable prices and big hospitality.

In terms of the in-bound terrain, Whitewater skis bigger than the trail map would suggest. The majority of the runs are intermediate or advanced, though there is a small amount of terrain for beginners.

There are 81 marked runs there within the ski area boundary. These include an array of steeps, deeps, chutes, bowls, glades, groomed cruisers and gentle rollers, combined with all the natural launches, drops, and hits you could want during a season.

Silver King is the sunny side of the mountain and is the easiest area with groomed, shorter trails. The Summit Side is mostly in shadow during the day as it faces away from the sun. It has intermediate and advanced runs and the best terrain is skiers’ left of the lift at Terra Ratta and the Diamond Glades. The Glory Ridge area is the newest part of Whitewater and has steeper runs with the best tree riding on the mountain.

The one chair at the Summit and one at Silver King reflect the pace of life at Whitewater, mostly slow and retro. These are both double chairs from way back. The Glory Ridge chair is a bit faster as it is the newest chair.

In terms of backcountry, Whitewater has some of the best lift accessed backcountry in Canada and host many backcountry enthusiasts from all over the world. There is even a festival, The Kootenay Coldsmoke Powder Fest, to celebrate the incredible backcountry terrain of Whitewater.

The Whitewater Terrain Park has an increasing number of features and is a popular spot on sunny spring day to swing by and watch extremely talented skiers and riders send it. All of Whitewater is a natural park, but under the Summit Chair in particular there are great natural lines to hit.

Whitewater averages 12m/40ft of light, dry and deep powder each season. The average temperature throughout the season is -8C. One of the most incredible aspects of Whitewater is that fresh track are usually available long after the morning powder hounds have come through given the lack of crowds.

Jobs at the resort are advertised online at skiwhitewater.com. Make sure to get your application in by August when the hiring process ramps up.

You will need to send in an application, cover letter and resume. If you are already in Nelson, it is an excellent idea to drop by the office and introduce yourself in person to put a face to your application.

Most jobs are filled by mid-October. Some departments are earlier, some are later – but it’s best to get your application in early. If an in-person interview can’t be done then it is possible to do a Skype interview and this happens regularly each season.

As the season kicks off, sometimes opportunities become available so there is the possibility for late season hires if you turn up late into Nelson. Just don’t bank on it.

Applicants from outside Canada are required to have their work permits in place (or in process) prior to applying. An employment offer will only be given if the work permit has been approved.

Staff receive a season pass to Whitewater, discounts on food, retail, rentals and lessons at Whitewater as well as reciprocal deals with other mountains. There are also deals with local restaurants and shops in Nelson.

There may also be the possibility of finding work in Nelson at a local business. The local newspaper is Nelson Star and another helpful source is The Pennywise. Both have online listings which may advertise jobs.

There are also cat/heli skiing lodges that often look for staff each winter.

Although it is a competitive market and it is recommended that staff start looking for accommodation early, staff typically find accommodation fairly soon after arriving in Nelson.

Local resources to find accommodation include:

There is an active nightlife in Nelson, despite its size. In fact, there are more restaurants per capita than San Francisco offering fresh, unique and exciting flavours.

Mike’s Place is a favourite après ski hang out for seasonal workers. It has a cosy atmosphere, and is home to the popular rock n’ roll bingo weekly. The Faceplant Funkjam, at the end of November, is the unofficial kick off the winter season (it is also the event that kicks off Nelson Brewing Company’s seasonal release of the highly coveted Faceplant Winter Ale).

Finley’s offers some pretty sweet perks with deep après discounts for Whitewater staff. The most popular night club in town is Spirit Bar, which features a wide selection of live music acts. As Nelson is located between Vancouver and Calgary, Spirit often leverages the location as a way to hook bands and DJ’s passing through between the two cities.

Baker Street is the ‘main’ street in Nelson which has local businesses, shops, galleries, boutiques and an adventure sports store. The abundance of creative, talented and artsy residents is apparent in the amount of handmade and local clothing, art, sculptures, and jewellery you can find.

Whitewater hosts the Winter Carnival and the Kootenay Coldsmoke Powder Fest in the winter time which are both excellent fun. For gear, the crew at Village Ski Hut are always guaranteed to be helpful to get you geared up (and stoked) for the season.

Nelson is a pretty health conscious place and the grocery options range from bulk warehouse options to stores focusing on local, organic, and fair trade products.

Don’t limit your planning to just a winter season. The summers in the Kootenays are stunning with mountain biking, hiking, fishing, and fresh water lakes and rivers. There are also a wide variety of music festivals, markets and events in Nelson and throughout the Kootenay area.