Park City number plates proclaim “Greatest Snow on Earth” and while that is perhaps exuberant, Park City Mountain Resort, Utah, is no doubt one of the best and most accessible ski resorts in the U.S. – as evidenced by the fact it hosted of the 2002 Winter Olympics.

After acquiring nearby Canyons in 2014, Park City Mountain Resort is the largest ski resort in the United States with a whopping 7,300 acres of skiable terrain. Working a season at Park City is by no means small-scale. Park City is the base for Park City/Canyons, as well as Deer Valley Ski Resort which combine for close to 10,000 skiable acres. Another seven resorts lie within an hour’s drive including Alta/Snowbird and Brighton. Additionally, Park City is one of the liveliest mountain towns in the U.S. It has a bustling tourist industry, incredible restaurants and is home to the famous Sundance Film Festival which sees an additional 49,000 visitors pour into town each January. 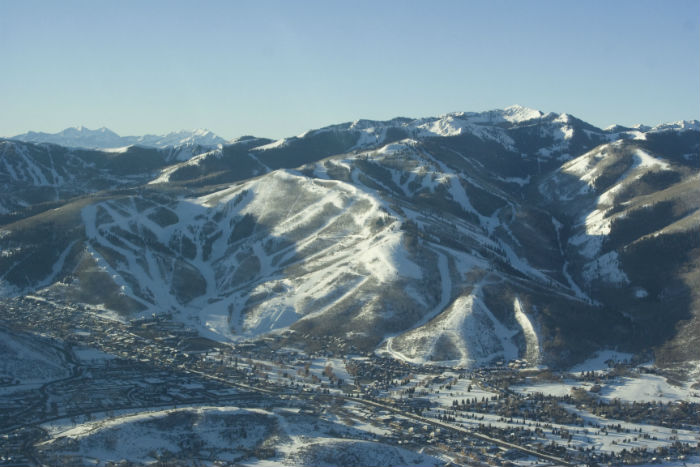 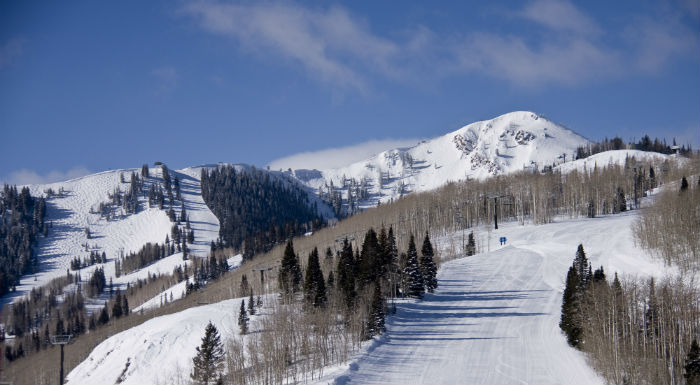 Getting to Park City

Park City is located in the Wasatch Mountains, Utah. The resort has lift access directly from Main Street, allowing you to ski all the way into town at the end of each day. Park City is a short 35-minute drive (32 miles/56 km) east of Salt Lake City International Airport taking the I-80 highway.

You could also take the public bus. Route 902 runs from Salt Lake City to Park City but only runs weekdays. A one way fare is $4.50 and punch passes are available. Ride UTA has more information.

Once you get to the town of Park City, free shuttles are also available around town. They run every fifteen minutes and will take you just about anywhere you want to go, including to the resort for work. See Park City Transit.

Park City was originally a silver mining town which attracted intrepid people in the 1880s to look for the generous veins of silver in the area. Today, the city today retains its heritage feel with 64 of Park City’s buildings listed on the National Register of Historic Places, many along Main Street. The permanent population is around 8,000, but the number of tourists vastly exceeds the number of permanent residents – especially during winter.

Park City is easily Utah’s most vibrant ski resort town. However, this is not Whistler or a big European après-ski town, and navigating the Utah liquor laws (where you need to often need to buy food to buy alcohol) can be bemusing. Most bars will shut by 1am. Nonetheless, there is a great array of bars and restaurants to choose from after work. Worth visiting are the Wasatch Brew Pub, The Irish Camel and, if you feel like dancing, The Club.

Dining in particular is a real treat, with truly world class restaurants to be found along Main Street. Of course, these tend to hit the hip pocket of a seasonal worker a little harder and you will likely find yourself enjoying these only occasionally. As a unique dinner option, the Viking Yurt serves Norwegian fare in a yurt on the mountain. Overall, Park City has all the ingredients of a great mountain town – nightlife, charm, and plenty of people, although Park City’s popularity means that prices can be a little high, particularly along Main Street.

Park City is also the home of the United States Ski Team.

The Sundance Film Festival is a highlight during the season. Held during the third week of January, it showcases a huge variety of independent films from around the world and attracts some of Hollywood’s biggest celebrities for a week of partying and great films.

The Coca-Cola snow-sculpting contest and the Winterfest, as well as heaps of other winter events like concerts and plays, will keep you further entertained throughout your season.

The Terrain at Park City

Canyons and Park City ski areas are interconnected by a gondola which means around 7,300 acres, 300 trails, 38 lifts, seven terrain parks, 14 bowls, six natural half pipes, one super pipe and one mini pipe. These are impressive numbers!

However, the vast majority of the terrain is suited for beginners and intermediates. There are so many groomed cruisers here that workers who love to carve will never tire, especially around the bottom of the mountain. While the mountain is around half intermediate runs, the sheer size of the terrain means there are plenty of beginner areas too.

For experts at Park City, McConkey’s bowl is the run to conquer. It gets a lot of riders though, which means the bumps come on quickly. The highest point of Park City is Jupiter Bowl. There are some nice, steep pitches here and a lot of glade riding. If you hike around 15 minutes along the ridge, you will find Puma Bowl with a few less riders. Pinecone Bowl west of Scott’s Bowl is another place to find a bit of solitude.

Across at Canyons, Murdock Bowl is the best place to find freshies and a steeper pitch. None of these are particularly technical in terms of rocky lines.

Unfortunately, going into the backcountry is not permitted at Park City/Canyons, which limits your ability to chase fresh powder.

Average annual snowfall is 350 inches (889 cm). This is decent by Utah standards, but not as good as other major resorts such as Alta, Snowbird and Brighton which have higher elevations. The snow in Utah is widely considered among the lightest and fluffiest in the world.

Park City is owned by Vail Resorts, which is the biggest ski resort company in the US. They also own Vail, Beaver Creek, Breckenridge and Keystone (Colorado); Kirkwood, Northstar and Heavenly (California); and Perisher (Australia). Job listings are available on the Vail Resorts website at jobs.vailresortscareers.com

There are literally hundreds of jobs to choose from on Vail Resorts so have a look at Types of Jobs Available at Ski Resorts for a description of ski resort jobs. Hiring really ramps up around September each year at Park City. Once you have applied, you will be called or emailed to set up a phone interview.

Spanish is often a plus working at Park City/Canyons due to the high number of Spanish-speaking tourists. Minimum wage in Utah is $7.25 an hour and you can expect to earn around that for most entry-level jobs.

Park City does not offer employee housing, however there are plenty of options in the surrounding areas of Park City, Heber, Salt Lake City, and Provo. The average cost for one bedroom will be US$550-$650 a month in a share house. You will often be required to pay first and last month’s rent and a security deposit upon signing the lease. If you choose a place in Salt Lake City, the free commuter bus is available to take you to the resort for work. There is also a free shuttle system in Park City that can get you to the Resort and around town.

It is recommended to stay in Park City given that most employees live in the area. It is a good idea to starting looking for a place before you get to Park City as housing can get very competitive.

Good places to start are:

If you are not able to secure housing ahead of time, make sure you also check out the housing board in the Team Building at Park City Mountain Resort when you get there.